"When I seen you (gasp) I took off running. (gasp) I am too old to run like that but I didn't wanna miss you." After he catches his breath he says "I used to run-an-run as a youngster."  The passenger appeared to be in his late sixties, a tall thin African American.  He was happy to have caught the bus to town and glad I waited on him.

When people reach the bus after exerting themselves they are often smiling, reminiscing of days gone by when running was more a part of their life.   It catches me by surprise that they are actually more talkative than most passengers, so relieved to not have missed the bus.

We have a policy that if someone is making an effort to get to the bus stop then we wait.  What this means is if you see someone running to catch the bus, be courteous and wait.   Having folks run up to the bus or to a stop is a daily occurrence.   What is fascinating is that people of all ages, genders, sizes, and builds will run to catch the bus. I get to witness passengers run, jog, shuffle, hustle and hurry to catch the bus.

Bus riders get to move more.   Studies show that compared to commuters who drive to work, bus riders get more steps.  They get to walk to the bus stop and walk to their destination.  They step up to board the bus and hop off to continue on their journey.   Daily, I revel in the movement that I get to witness. 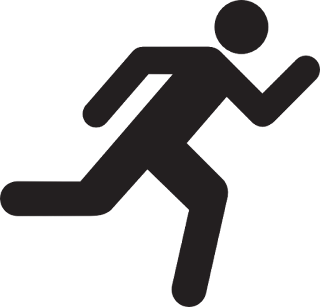 Posted by Phillip Summers at 4:42 PM